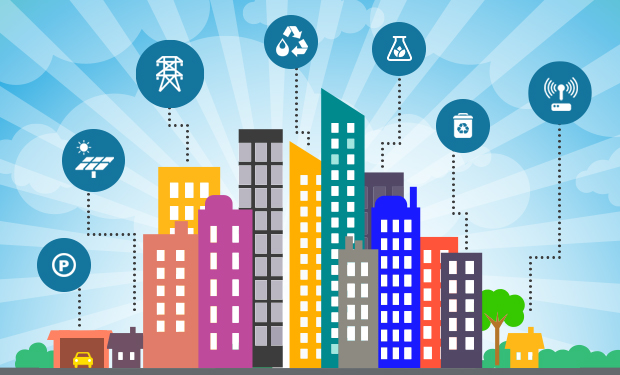 If you are thinking about profitable and secure long-term investment, the energy sector might be what you are looking for. Nearly 30 years ago the hot topic was the internet, but today it’s the enernet. Let’s first clarify what is enernet – a dynamic, distributed multi-party energy network built around clean energy production, storage and distribution and serving as major foundation for smart cities.

In large, oligopolistic markets the only way to compete with the establishment is through innovation. In the 90s such small-sized innovators were able to fundamentally change the way we access the internet – from analog to digital via existing cable networks.

Today, for example, SolarCity is trying to drastically reduce and potentially get us off our nuclear power and fossil fuel needs. By using smart equipment the dependency on the existing power grid is also reduced. This very same grid is also costly to maintain and not prepared to meet the energy needs of tomorrow. The mind behind SolarCity is one of the leading visionaries today – Elon Musk. His more famous companies are Tesla and SpaceX, like SolarCity, aiming at leading humanity towards sustainable future. Recently SolarCity introduced solar roof tiles that through a home system with storage and electric vehicle charging can help houses (and cars) become independent energy-wise.

Innovation goes beyond Musk’s visionary companies – enernet discoveries are only beginning to emerge. Currently there are nanogrids, microgrids, distributed energy resources and virtual power plants under development. These inventions will drive down production costs for many businesses. Also, it will make the investment in energy self-sufficient home even more feasible, as it will pay-off the initial expense much faster.

The logical outcome of these discoveries is smart cities that are healthier and more secure. Development will be multidimensional, as energy security and grid stability will be able to withstand superstorms and cyberattacks.

There is, of course, doubt that it all will be sunshine and roses. Pessimists stick to the idea that it would take too much time and resources to implement these technologies in our daily lives. Looking at the internet delivery system again – the transformation from analog to digital was ridiculously fast and cheap. Economies of scale will continue accelerating this process until every home is riding “the green wave”.

Utility companies that have electric grids and distribution networks have a huge opportunity in front of them to be still relevant. Why should they not feel any pressure? Today the market is open, but the initial investment is so huge that no small- or mid-sized enterprises cannot even consider entering. If established businesses approach the situation intelligently, they will still generate money, not nearly as much as in the current oligopolistic situation, but enough to be profitable.

Fossil-fuel companies are also at risk of losing their enormous profits, but as one of the leading polluters to the planet we can trade our species’ existence for corporate profits.

Enernet innovation, like most other innovations, is usually not grown but acquired. There is simply no other way to go, as it’s cleaner and cheaper.

When the Dutch Team visits Plovdiv, even the development routine, like daily’s and grooming, becomes fun!

It gets even better in the evenings … especially since our Bulgarian colleagues became the lucky owners of the PlayStation®4, a present from the YipiY team to celebrate the launch of the Nieuwsbite project.

Sight, a brilliant and disturbing short sci-fi film by Eran May-raz and Daniel Lazo, imagines a world in which Google Glass-inspired apps are everywhere

This week Donald has been shining as never before. And he has a good reason for it since he has become a lucky owner the Oculus DK2, a headset with the second generation development kit that lets step inside the games and virtual worlds. And while Cees must patiently wait for his exemplar to arrive and Elena has just started to get into the concept, Donald has been enlightening us about the Presence and how addictive it is.

So what is this Presence about? According to Oculus CEO Brendan Iribe: “The sense of presence in Virtual Reality is something fundamentally new. For the first time your brain says: o.k. I’ve been comfortable in this environment. I know it is not real but I think it is”.

How they achieve this, is summarized by Ben Lang is his article “Oculus Shares 5 Key Ingredients for Presence in Virtual Reality“. We of course are keen to experience it ourselves – and Donald has promised to bring his Oculus to the office soon!

In the meantime there are more ways to experience the Presence even without the Oculus headset. Check this audio work from QSound Labs! You need to put your headphones on and close your eyes …

Black bears are found only in North America so the chance of stumbling upon our mate in nature is pretty small (and to be honest none of us would really want to meet one).  What is really interesting is to see that the creature is being loved not only by our company! So we are starting to collect all (black) bears that we come across.

These postcards are production of the Dutch artist Lieke van der Vorst that Elena has spotted in the cafe “Buutvrij” in Tilburg.

When it comes to music we make an exception an accept all entries that has a ‘bear’ in it (it has be to a plain bear though). In the past weeks we’ve discovered these artists randomly via Spotify: Message to Bears, the musical alias of English composer and multi-instrumentalist Jerome Alexander, and Minus The Bear, an American indie rock band from Seattle, Washington.

Meeting a Black Bear on the way to a client is always a good sign!

This guy greeted us near the Café-Restaurant “Stork” in Amsterdam Noord, just when we were heading to a meeting.