This year we will witness Virtual Reality’s (VR) adoption in many aspects of our lives. In January Oculus Rift announced a $599 price with shipments expected to start at the end of the first Quarter. HTC and Sony are not falling behind as their estimated shipment dates are also in the first half of 2016.

Starting at the price of a new high-end smart phone, VR headsets are rather affordable. The research company Juniper estimated a 3 million VR device shipments in 2016 with amount rising up to 30 million by 2020.It not surprising that VR headsets initially became popular due to the groundbreaking gaming experience they provide. However, in this article we would like to look at an even larger sector which will be making use of VR – the enterprise market.

When it comes to VR changing the business world, sky is the limit. Unfortunately there is very little information on how and in which industry this is already happening – perhaps because it is not as interesting as playing the newest Final Fantasy game on your VR device. Lets examine some relevant examples:

This industry has always had the reputation of late technology adopter. Now it is about to change – brokers can use VR to speed up sales or leases. Imagine brokers having access to all their offered locations without having to leave their office. Floored INC is a company that offers VR and 3D modeling programs. Its software was used in an Oculus Rift headset to help another company sell a building in Manhattan before it was finished.

In this field there have already been advanced simulators for a number of years, however, only now there are affordable VR devices. In January 2016 a group of surgeons were able to perform open heart surgery on a four-month-old baby thanks to VR imaging software and Google Cardboard Viewer. Devices like Oculus Rift or Google Cardboard allow doctors to practice everything from simple day-to-day activities to rare surgical interventions. The technology is also advantageous to patients who can learn about what was performed on them and what to do to properly recover.

Today product development teams are using VR in order to improve engineering, design, manufacturing and operations. Ford’s Immersive Vehicle Environment Lab has undertaken a significant improvement in productivity and a drop in costs due to it implementing virtual testing and prototyping. Instead of spending hundreds of thousands of dollars to produce a physical prototype, companies can use VR labs where new concepts can be virtually tested.

VR in enterprise is not seeing nearly as much use as we are witnessing in entertainment. However, our prediction is that business-related use will become the leader in the upcoming years as businesses need more time to adapt to it. But for this to be feasible, we also need expansion In enterprise VR software and content. The future holds virtual training and certification for any position anywhere on the globe. The prospects of VR are limitless and we are eager to find out how this technology will reshape business. 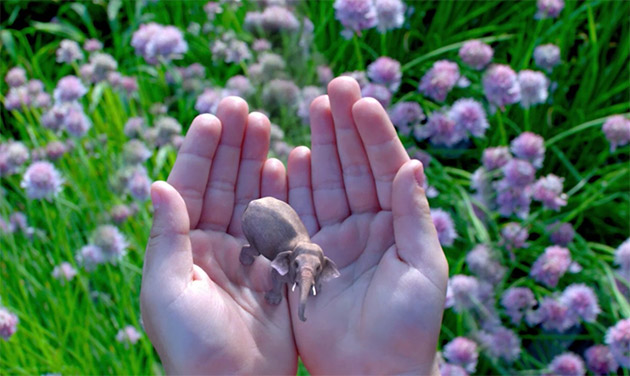 Obsessed with the Virtual Reality as The Black Bears are, we too are curious about the new project of Google – Magic Leap.

Here are some facts summarized by Mariella Moon in her article What we know about Magic Leap so far. It looks like the new invention will sweep away that feeling of ‘presence‘ in the Virtual Reality by … well, some kind of magic!

This week Donald has been shining as never before. And he has a good reason for it since he has become a lucky owner the Oculus DK2, a headset with the second generation development kit that lets step inside the games and virtual worlds. And while Cees must patiently wait for his exemplar to arrive and Elena has just started to get into the concept, Donald has been enlightening us about the Presence and how addictive it is.

So what is this Presence about? According to Oculus CEO Brendan Iribe: “The sense of presence in Virtual Reality is something fundamentally new. For the first time your brain says: o.k. I’ve been comfortable in this environment. I know it is not real but I think it is”.

How they achieve this, is summarized by Ben Lang is his article “Oculus Shares 5 Key Ingredients for Presence in Virtual Reality“. We of course are keen to experience it ourselves – and Donald has promised to bring his Oculus to the office soon!

In the meantime there are more ways to experience the Presence even without the Oculus headset. Check this audio work from QSound Labs! You need to put your headphones on and close your eyes …

Here is technical presentation about Oculus and Samsung cooperation on GearVR and on improving Android platform towards higher realtimeness. A must see for everyone who is into Virtual Reality.

Oculus Connect is a developer conference that brings together engineers, designers, and creatives from around the world to share and collaborate in the interest of creating the best virtual reality experiences possible.