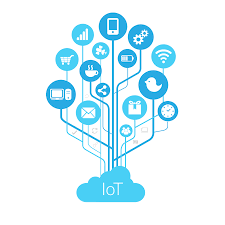 In our previous posts we mentioned predictions for around 20 billion IoT devices connected by 2020. Today this forecast may even be pessimistic, since the Business Insider quotes numbers above 30 billion. There will be an enormous opportunity for better energy efficiency and data security. New challenges regarding the rapid growth of IoT have to be quickly understood as they might drastically slow the implementation process.

In this article we will examine some of these challenges.

One very important feature of IoT ecosystem security is identifying devices and thus preventing “outsiders” from entering it. Today authentication is done on cloud-based servers, proving a reliable choice when there are tens of devices connected. However, if you pile up thousands or millions of IoT devices, authentication can become a liability. In terms of security we are not advanced enough as current practices include Internet connection which drains batteries and is totally useless when the connection drops. On top of that, people in general do not understand the issue with scaling, according to Ken Tola, the CEO of the IoT security startup Phantom. He says that working on a peer-base could easily handle big scalability. This means moving functionality between IoT devices – whenever authentication is necessary, it can happen at the same time between millions of devices without requiring Internet connection.

The same startup is working on M2M (machine-to-machine) connection which is a security layer able to identify two devices in peer-based manner, identifying levels and types of communication between them.

IoT is the logical expansion of the Internet from our computers to our appliances. It will digitize some of our everyday activities via wireless connectivity. Majority of IoT devices depend on radio frequencies such as Bluetooth and Wi-Fi. However, RF-based devices are shutting each other down due to interference and this problem will only grow with the addition of other IoT appliances. One current solution can consist of an additional bandwidth of 5GHz for Wi-Fi, but as projected number of devices grow more and more, interference will persist. Another issue relates to power consumption, as IoT items use batteries.

An alternative is instead of using Near Field Magnetic Induction (NFMI) for data transfer to be substituted with RF.NMFI, whose signal decays much faster and thus much of the interference is gone. NFMI creates a wireless “bubble” in which IoT devices connect and outside signals are ignored. Also, security protocols are active within the bubble, drastically reducing threats, while fast signal decay allows the same frequency to be used for a different device. On a side note, NFMI has been used in hearing aids and pacemakers for more than a decade, but it might be the key to revolutionizing IoT.

Managing IoT devices can quickly become impossible if it is not taken into account at the earliest stages of implementation. Smart homes are one thing, but we will live in smart cities where parking automates or traffic sensors will also transmit data. Administration and integration should be as simple as possible. The biggest potential issue is many devices transmitting data at the same time, but as we mentioned, RF.NMFI might be the key.

Most of the technologies we use will further develop to a level supporting the needs of an interconnected world. Those that are left behind will be replaced by ones ready to take on the challenges and opportunities the IoT will bring.