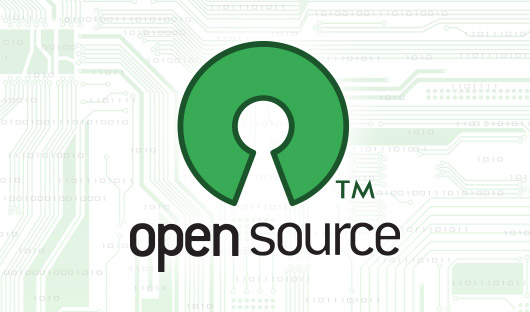 In the way business is conducted nowadays one thing stands out – the code is not one of the most important assets anymore. How it is used to connect customers is what really matters. Just look at 3D printing or Uber and you will find out that these cutting-edge technologies run on open-source software.

Some 20 years ago licensed software single-handedly created monopolies and generated a lot of revenue. Today open-source code facilitates economic growth. We should keep in mind that worldwide shifts from production-based to service-based economies(with some exceptions) are taking place. Logically, in the software field the goal of creating and owning code has changed towards serving customers. Similar to hardware components, coding languages hold little value by themselves anymore. The functionalities of the code separate small companies from those valued in the billions. In 2014 Tesla released all its patents, fast-tracking a new dawn in tech without hindering its global leader spot.

Today a software company has to position itself in an environment where the old model has changed and it must be the “go-to” service attracting millions of customers very fast.In June this year Apple announced that it will be opening the source of its programming language – Swift. This action proved that even the biggest players are supporting a new way of conducting business. Forcing one language for a single platform is no longer the case.

Many recently created programming languages have open-source basis for example Google’s Go and Mozilla’s Rust. Another big player like Microsoft opened the source of its .NET platform, allowing developers to work outside of the company’s ecosystem. This collective effort opens numerous opportunities – for example new ways of optimizing computational capacity.

Value in this new environment lies in the balance between empowering and serving your end consumers. Uber using Python, Node JS and other open-source systems has almost destroyed the taxi industry. Red Hat provides all of its code and accumulates revenue through enterprise services.
On-demand services like Netflix have shifted consumer behavior to a state where high level of services become the norm. Open-source is the only way to really get to know exactly what your customers want. Also, open-source tools are cheaper, faster and more powerful. One huge challenge to already established businesses is to adjust to this new way of conducting business.

When integrating an open-source player it is very important not to reduce the purity of the brand. When Microsoft acquired Revolution Analytics the latter assured its customers that it will continue to develop and support its products for every platform, including non-Windows ones.

In the software game there are three simple questions which if you can answer – then you are in it for the long run. What service does your business own and who and what does it connect ?

It can be only done through open-source software.