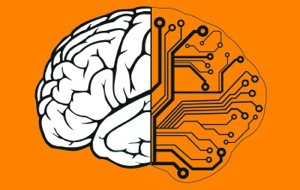 In their paper “The future of employment: how susceptible are jobs to computerization?”Carl Benedikt Frey and Michael Osborne research 702 occupations in the US labour market concluding that 47% of the whole workforce is at risk of computerization in a time span of around 10 years from now. Out of those 702 jobs, around a 100 have 95% or higher risk of automation much earlier.

Technological development, however, is not the only factor affecting that probability. Governmental regulations, cost and availability of skilled workers and social factors still have an important role. Still, technological advancement does not wait for society to catch up with it – everyday it is providing cheaper, faster and more efficient solutions in terms of hardware, software or combination of the two. See Moore’s Law. In our current economy where costs of equipment, labor, estate etc. define competition, automation which greatly reduces those costs will surely be in demand. Uber researching autonomous vehicles will remove drivers’ jobs, a sector numbering around 135 million professionals in the US and many more in the rest of the developed world. When implemented, computerization will quickly affect retail cashiers, fast food workers and clerks and this is only the tip of the iceberg.

Optimistic economists state that in the past whenever a technological revolution occurred, obsolete workers revised their skills and took on jobs that did not exist. This conveniently leaves out the fact that the jobs created by that revolution were far less than the ones technology replaced. Technologists say that breakthroughs have consistently enhanced living standards, health and therefore life expectancy. Still new technologies are always expensive in the beginning so for them to be significantly effective they have to be affordable for everyone.Today technological advancements play a role in every aspect of the economy. What would the millions unemployed do if their jobs become obsolete? They either get lower paid positions or become unemployed. Either way purchasing power will fall down much faster than the falling price of goods and services. Without adequate measures this may result in another global crisis. In developing countries this fluctuation is smoother as increase in living standards and workers’ growing salary demands sync – for example China.

In his essay “Why is software eating the world?”, Mark Andreessen focuses on how in a few years time every company will be software company – there won’t be any uncomputerized businesses. But in his pragmatic vision that “eating” is actually survival of the fittest within the software industry with examples of Google and Amazon acquiring numerous other companies, he leaves out this main point – software is already devouring the social and economic pillars of our world. Automation is threatening to disrupt the money flow from consumers to producers. We have to open-mindedly embrace the future keeping this issue into account.

The easiest solution might be to just decrease the correlation between work and spending power with more governmental interference. Dr. Martin Luther King’s idea of basic income is a solid fit for this situation, although to some people it might be in contrast with the Western world’s Protestant work ethic. In what other ways could a society protect those whose labour has become obsolete due to automation and are not able to re-employ elsewhere?

Whatever the outcome one thing is certain – jobs will never be the same after the revolution occurs. One optimistic view might suggest that it will lead to utopian world where all human beings are not engaged in dull, repetitive tasks. We can also be sure that the economically strong today will cling to the old system as long as they can. We just have to be very cautious in every step of the way.