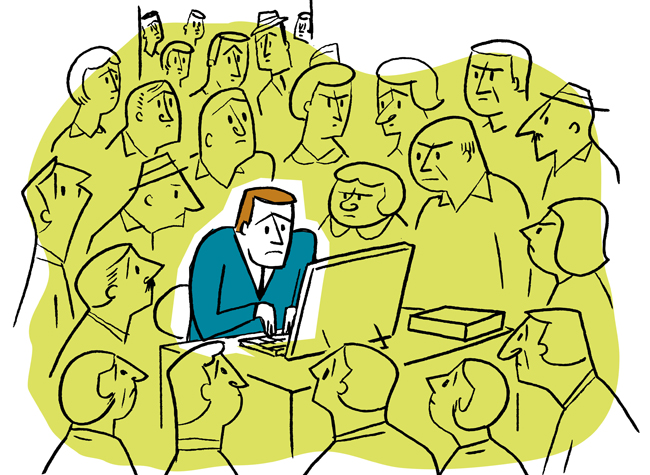 There have been many discussions about the topics of privacy and openness in the cyberspace and both are regarded as completely separate. A new perspective focuses on the notion that these issues are interconnected and of equal importance.

The proponents of openness focus on benefits such as technological development, cost savings and citizen participation. And it is not only in theory, as this idea is implemented in some parts of the world. A real-life example is the one with the National Oceanic and Atmospheric Association in the US which in the 1980s decided to make its data public. Today we have a billion-dollar weather industry including apps, forecasts and websites.

It is not, however, always positive and straightforward as one might hope. Personal information protection is still important, since free access to it could easily lead to untraceable abuses. According to the CEO of Privacy International, privacy is “the governing framework to control access to, collection and usage of information.” The strongest argument for privacy control is, in fact, protection of personal data.

People’s motivation behind both privacy and openness stems from the same idea of being in control of your choices.

Another important aspect of the privacy-openness issue consists of the transparency related to power issue. In more simple terms the more power you have, the higher accountability you should have in front of society. However, hardships arise when defining power, as it can be political, social or monetary. So far, we have only one field partly covered – the political power and more precisely the PEP (Politically Exposed Persons) databases. People who are in any way in close relationship with politicians – kin or business. There should not be separation between data protection and openness regulations but rather one framework controlling yet encouraging open information.

A few examples from the real world further complicate the issue. For example in Sweden there is free access to tax records, while in Germany such data output is off limits and has many opponents. But at the end of the day you want data protection for the same reason you want openness – you want to know whatever the government has on you is true and confirmable. Open data conversations need privacy groups which will act as counter-weight.

This approach should not clarify all uncertainties but it should give a push to one somewhat frozen issue. Maybe using this point of view as a starting ground could lead both sides towards working for one common goal.

The video from Verge gives you a snapshot in 12 minutes, and here is a summarizing article from Kyle Russell.  More information on Apple Official Website.

Google announced a major decision for its cloud-based photo storage and sharing service called Google Photos. The company decided to segregate it from its social network Google+ and release it as a separate app.

This new program is expected to have unlimited storage promising to cover all your photos and the best part of it – it will be completely free, unless you are a pro who wants to upload the most high resolution content. Photos will be processed through a lossless algorithm and stored on Google’s endless cloud storage space.

When it comes to marketing this not-so-new product the company is doing great, stating that these are not just pixels in certain order but “treasured memories”. However, it conveniently leaves out that anything you snap with your camera will be accessed by Google – e.g. documents, receipts, price tags, places you visit or things you want to buy. If you run out of storage on your phone, the Google Photos will automatically delete pictures already saved on the cloud service, freeing space for more input. Is this the future of advertising or a bold breach of privacy?

At the end of the day it is all about data – Google has developed advanced algorithms which can use natural language queries to sort different categories of pictures. But this is not where it ends – the software developed by the company is so complex that it can recognize landmarks even when your geolocation is turned off.

In 2004 Google introduced the Gmail service. It quickly attracted huge user base with its incomparably high storage capacity. Today the company is doing the same but with photos.

With growing privacy concerns worldwide, Google has once again proven that it is on top of events. The company has started a “privacy dashboard” seeking to limit its data-gathering actions. What makes people uneasy is that Google is stating its entirely for the user’s benefit. At the same time the core business of the company is its users’ private data and it will make anything to get continuous access to it. Another disappointing fact is that in 2012 Google unified the privacy policies of 60 of its products which is in direct contrast with what the company is trying to convey.

The truth is that since the service is free of charge the value has to come from somewhere else. All we can hope is that new users will be well informed before using a program like Google Photos. Whether it will be successful or not we just have to wait a bit.